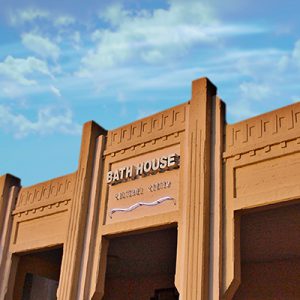 Built in 1930 on what were then the rural shores of White Rock Lake, the “Old Bath House” was one of the first uses of Art Deco architecture in the southwest. The building provided lockers, changing rooms, rentable swim suits and concessions for the thousands of people that drove from all over North Texas to swim in the lake. The Bath House remained a social and recreational hot spot for over two decades, but was forced to close in 1953 when swimming in White Rock Lake was discontinued. The majestic building sat vacant until 1978 when, urged and supported by a dedicated group of neighborhood arts activists, the City of Dallas announced plans to restore the building. In August of 1981, the citizens of East Dallas celebrated the birth of the City’s first neighborhood cultural center.

Today, instead of lockers and showers, the Bath House Cultural Center houses a 116-seat theater, two gallery spaces, the White Rock Lake Museum, and a number of multipurpose spaces. Diversity flourishes as visual and performing artists from an array of backgrounds find a welcoming venue for their work. The center’s energetic atmosphere and programming creates a hotbed for the nurturing of new work, and an exciting place where artists and audiences meet to explore and enjoy the life force that is the arts. 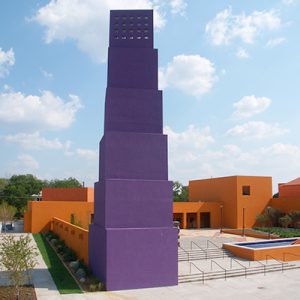 The mission of the Latino Cultural Center (LCC) is to serve as a regional catalyst for the preservation, development, and promotion of Latino and Hispanic arts and culture. The LCC was established with the vision of providing artists, cultural organizations and the Latino community with a venue to celebrate cultural traditions and present both contemporary and historical artworks in all artistic disciplines. 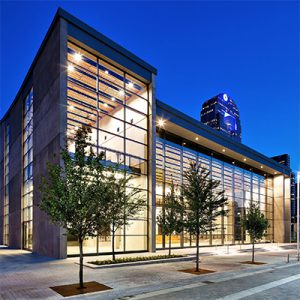 Designed by Skidmore, Owings & Merrill LLP—one of the world’s leading architecture, urban design, engineering, and interior architecture firms—the design includes a state-of-the-art, 750-seat, multi-purpose theater specifically designed to accommodate a wide variety of performance needs as well as an expansive front lobby capable of accommodating small performances and events for up to 200 people. The dynamic features of these two spaces encourage social and cultural interaction from the street to the stage and offer both artists and audiences the opportunity to engage with all forms of performance. Moody Performance Hall is the place to discover our next generation of great arts organizations and be captivated by the energetic and multifaceted creative spirit of Dallas artists! 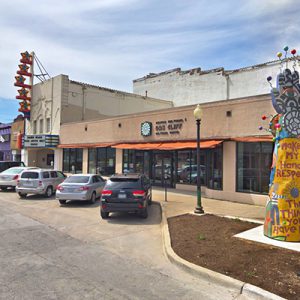 The Oak Cliff Cultural Center (OCCC) is dedicated to fostering the growth, development and quality of multicultural arts within the City of Dallas by emphasizing innovative visual and performing arts as well as other multidisciplinary arts events. The Center includes an art gallery and multi-purpose studio, and offers exhibitions, workshops, art, music, and dance classes, summer camps, and cultural festivals for all ages.

The Oak Cliff Cultural Center is located next to the historic Texas Theatre on Jefferson Boulevard. 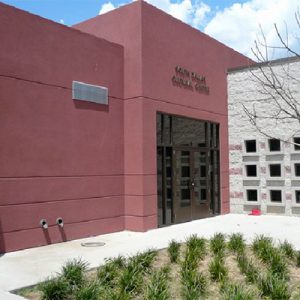 The South Dallas Cultural Center’s mission is to provide instruction and enrichment in the performing, literary, media and visual arts with emphasis on the African contribution to world culture.  The center seeks to educate and inspire through the visual, media, literary, and performing arts by offering a wide variety of programs inspired by the vibrancy and diversity of the African Diaspora.

The South Dallas Cultural Center became a reality through the efforts of key individuals in the African-American community, who encouraged the City of Dallas to develop a multi-purpose arts facility in South Dallas. Under the leadership of City officials and Park Board members, funds were allocated through the 1982 bond program to construct a $1.5 million, 24,000 square-foot facility, located across from Fair Park.

The South Dallas Cultural Center is a partner in the National Performance Network.